“In a 1981 lecture, the famed physicist Richard Feynman wondered if a computer could ever simulate the entire universe. The difficulty with this task is that, on the smallest scales, the universe operates under strange rules: Particles can be here and there at the same time; objects separated by immense distances can influence each other instantaneously; the simple act of observing can change the outcome of reality.”

“Nature isn’t classical, dammit,” Feynman told his audience, “and if you want to make a simulation of nature, you’d better make it quantum mechanical.” See Symmetry”

In the quantum world, energy is discrete. The noun quantum means “a specific amount” and is used in physics to mean “the smallest quantity of energy.” Classical sensors generally do not make precise enough measurements to pick up individual quanta of energy, but a new type of quantum sensor can. .FROM A NEWS PAPER

»Open Codes. Digital Culture Techniques« explores the creative usages of codes as new source for creation. The exhibition brings together an array of artworks, which explore immersive technologies and negotiates different modalities of code. It transforms the exhibition space into a place of experimentation, action, and transformation through new forms of encounter. The works in the exhibition are exemplary of the new participatory formats of engaging with art and technology, in which visitors engage with artworks in new forms and themselves become participants.

As such, the works act as a starting point for discussion, challenging ways of knowing, set in an environment of interdisciplinary exchange. The exhibition project therefore includes a program of hands-on workshops and talks in partnership with local initiatives and protagonists with the objective of shedding light on the many facets and different contextual applications of coding. The exhibition project »Open Codes. Digital Culture Techniques« emphasizes the multi-layered, interconnected and non-linearity of knowledge creation. It provides an infrastructure that facilitates and fosters collaboration and co-creation, and one which invites visitors to participate in an open exchange.

The starting point of the project is an exploration of digital codes, attesting that codes have become the underlying and fundamental principles upon which the contemporary world is built upon. From a technical point of view, code is a formal language characterised by a finite set of symbols that are modified on the basis of rules (algorithms). Therefore, code exemplifies a universal representation of symbols that translate within the boundaries of mathematical logic. It is the textual artefact that constitutes a set of instructions and details the functioning process that a computer has to follow, in order to reach a certain outcome. Code constitutes the only executable and performative language, mediated through the frames of mathematical modelling.

As such, the digital code represents the most radical state of abstraction in our evolution. For hundreds of years, the objects of cultures and civilizations were mainly defined by words and images that visualized the state of these objects. Throughout the course of time, words and images became worlds of their own, and constitute the two most important evolutionary stages of abstraction. The third stage is the substitution of objects, words and images through logic. It is from here that the new digital world of codes has arisen: they have become a new digital culture technique. They constitute a new imagery as well as a new state of »imaging«, as expressed by technological media.

This leads to an additional interpretation of code that suggests it to be a generative language of thought. From a creative point of view, code provides a cognitive space for imagination which blurs boundaries and dissolves physical constraints. It is here that the digital world of codes has unveiled a new dimensionality, a realm of continuous re-creation and new formation. As such, the digital world of codes is also challenging the boundaries of what is thinkable and perceptible to the human, transforming our ability to use and understand information. Images and words become encoded and re-appropriated, opening up a space for creation and breaking up linear modes of thought, which allows for the investigation of new ontological landscapes…..see here

“I had this amazing professor,” Olmedo says. “I would go to his office hours and we would ponder the world together. He taught me that understanding reality meant looking beyond what our eyes could see.” SEE HERE RK: Basically when I came to Russia I understood for the first time that architecture was not about making shapes, or making buildings even, but that it was a profession that kind of could define the content of society and it could intervene in shaping society. So it’s a kind of very, in a way, ambitious interpretation of architecture, but when I saw the work of Russian architects of the 20s and 30s, I understood that that was their essence, that architecture was a way of scriptwriting, but with buildings rather than words.    see here

VP: Let me give you a quote from yourself. “I have an instinct that what the 21st century has to offer is this post-human architecture. This is a new sublime. A landscape totally dictated by function, data, and engineering. The scale alters, the human becomes almost irrelevant. We are in a moment of transition now in a half human/half machine architecture.”
RK: Just to reassure you and the audience, I think there will always be a place for human beings and also a role for architecture to accommodate and make human beings happy. Living is a very obvious example. But what I’m saying is the last avant-garde, the last moment of a breakthrough in architecture was perhaps in the beginning of the 20th century. I think we are facing a similar moment where in addition to all the architecture that we make for human beings we are also beginning to make architecture for the new conditions that we are creating. The whole morning [at the forum] was all dedicated to a digital world, smart cities, self driving cars. In all those environments and all those conditions there is at least an equal importance to accommodate machines and to think about how an environment where machines are perhaps more important than the human beings that supervise them – all of that is new in the classical sense of the word. So we haven’t explored it, we don’t know what it means but it is new and I welcome newness in my profession.
VP: Although you said you prefer not to talk about the future because who knows what the future is, instinctively, are you optimistic about how things are going to develop or are we gradually destroying ourselves?
RK: Thanks to a really early and efficient redesign, I’m optimistic. So it’s a kind of self-engineering that I performed when I was 20 and from that moment I was officially optimisti
3 What artist?
Western societies usually segregate artists and scientists into two different mental
spaces. Today however new electronics-based
technologies are giving birth to a new
kind of artist who is closer to technologi
cal and scientific knowledge – artists who
share the approach of a Leonardo Da Vinci, who recognized no separation between
art and science. To understand the need fo
r this kind of science-oriented artist we
have to look closer at what artists actually do.  see here 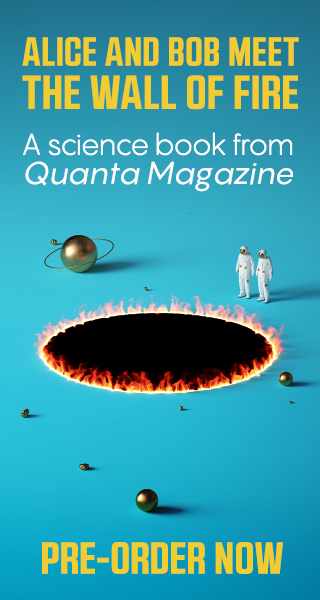 The theoretical physicist John Wheeler once used the phrase “great smoky dragon” to describe a particle of light going from a source to a photon counter. “The mouth of the dragon is sharp, where it bites the counter. The tail of the dragon is sharp, where the photon starts,” Wheeler wrote. The photon, in other words, has definite reality at the beginning and end. But its state in the middle — the dragon’s body — is nebulous. “What the dragon does or looks like in between we have no right to speak.”SEE HERE